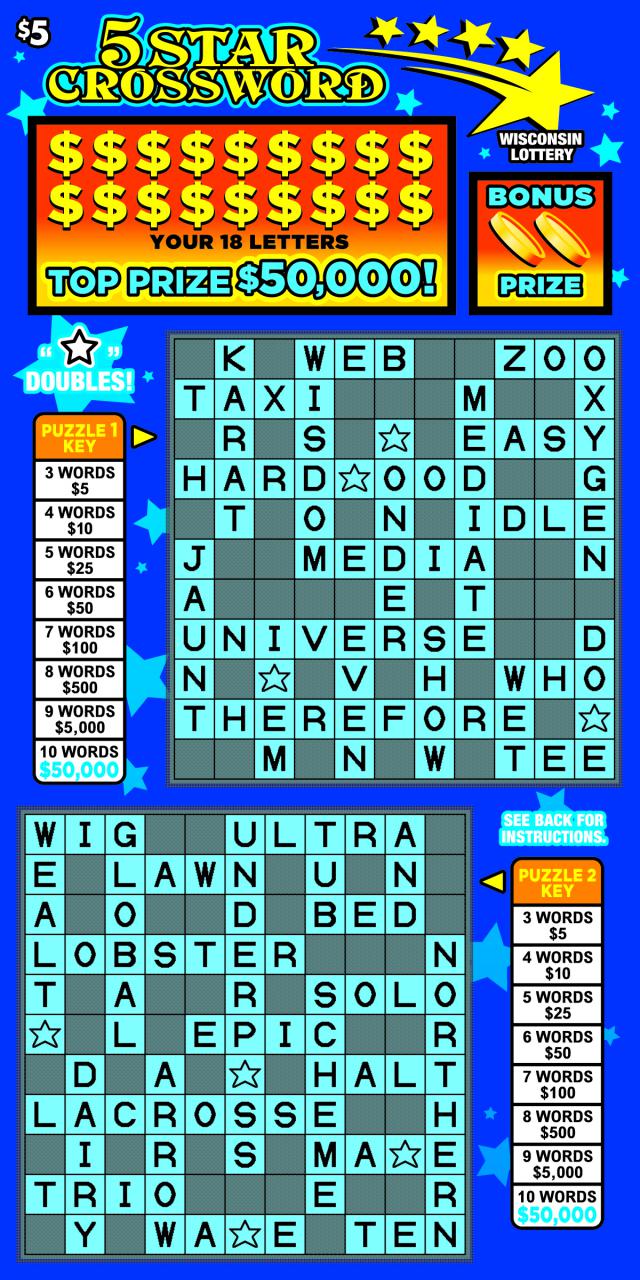 A chance to DOUBLE your prize!

Scratch YOUR 18 LETTERS box to reveal your 18 letters.  Scratch the BONUS box to reveal two additional letters.  If you revealed two identical letters in the BONUS box, win prize shown in the PRIZE spot. Use the letter(s) revealed as bonus letter(s) in PUZZLE 1 and PUZZLE 2.  In each PUZZLE, scratch only the letters that match those in the YOUR 18 LETTERS box and the letter(s) in the BONUS box.  Scratch each of the 4 "STAR" symbols in each PUZZLE.  Each "STAR" symbol is a free match and counts as a matched letter in that WORD. In each PUZZLE, if you uncover 3 or more complete WORDS, win the prize indicated in the corresponding PUZZLE KEY for that same PUZZLE.  If you win in a PUZZLE and any one of the completely uncovered WORDS in that winning PUZZLE has a "STAR" symbol in the word, win DOUBLE the prize shown in the corresponding PUZZLE KEY for that same winning play.  Each PUZZLE is played separately.  Only the highest prize won paid per PUZZLE.

Please click Features and Procedures for more details regarding this game.