Deal or No Deal™ 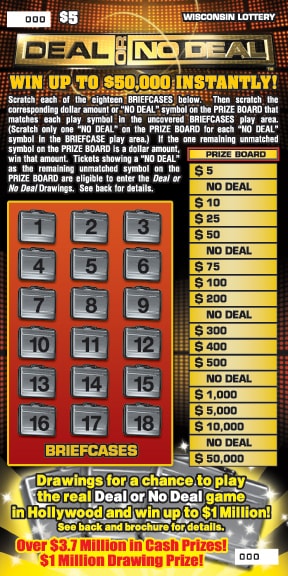 Top Instant Prize: $50,000!
Drawings for a chance to play the real Deal or No Deal
game in Hollywood and win up to $1 Million!
Over $3.7 Million in Instant Cash Prizes!
$1 Million Drawing Prize!