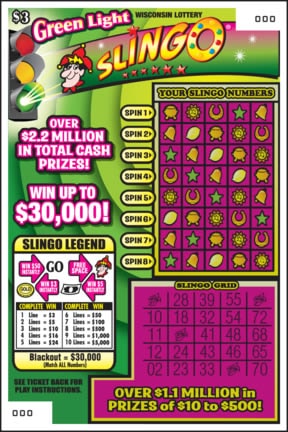 NOTE: A ticket can only win the highest prize corresponding to the number of lines completed per the SLINGO LEGEND, and/or $3 for each GOLD COIN symbol uncovered in the YOUR SLINGO NUMBERS play area. $30,000 is the top prize for this game.