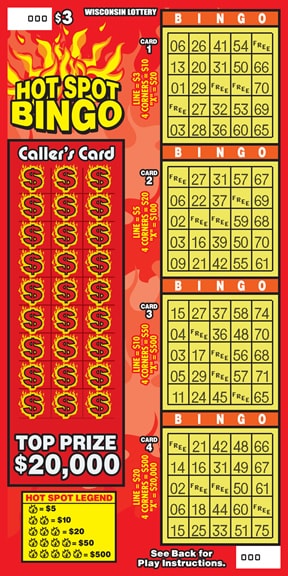 BONUS: Get one or more "FLAME" symbols under the matched Bingo numbers in the player's CARDS, win corresponding prize in the HOT SPOT LEGEND.