The Price Is Right 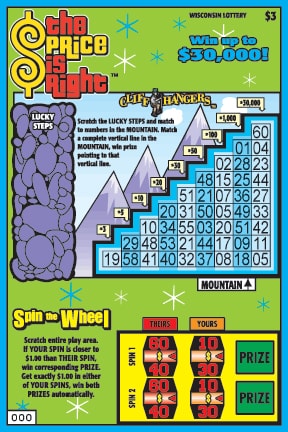 PLINKO™ - Scratch the square directly below "START" to reveal an arrow. Scratch only the next square in the direction indicated by the arrow to reveal a second arrow. Keep scratching in the direction of the arrows to reveal the entire path through the PLINKO board. If the path revealed ends at a prize amount, you win that prize.
SHOWCASE SHOWDOWN - If YOUR BID is less than the ACTUAL VALUE of the same SHOWCASE, win the amount in the PRIZE BOX. If YOUR BID is within $250 of the ACTUAL VALUE of the same SHOWCASE, without going over, win the amount in both SHOWCASE PRIZE BOXES.